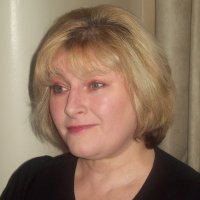 Professional profile: Bernadette is an Allied health professional and carried out work for Insurance companies, EAP's as well as private clients. Her larger clients in the area include GMP, Manchester College, RBS, and many other well known companies.
Bernadette is an accredited Psychotherapist and Counsellor based in Manchester and Warrington and graduated from the University of Hull after completing her psychosexual specialist training. She gained her experience at the Relate Cheshire and Merseyside Centre, and with the Genito Urinary Medicine (GUM Clinic) in The Warrington and Halton Hospitals Cheshire.

Her qualifications also include an HNC Business and Finance and then later going on to Teacher Training at Manchester University where she studied for a Cert Ed.

After studying at the Institute of Personnel and Development she began working as a Trainer and Life Coach for a large Organisation. She decided that she wanted to change her career and began researching into Counselling and Psychotherapy where she completed her Advanced Diploma. She later went on to gain qualifications in Cognitive Behavioural Therapy (CBT), Psychosexual Therapy (PST) and Eye Movement Desensitization and Reprocessing (EMDR).

She began to work as a Lecturer at Manchester City College where she worked for 2 years before becoming self-employed. In this time she worked for many large Organisations, including NHS, PCT, Prisons, Insurance referrals and private clients. During this time she has also had a regular Radio slot with the BBC and began to write articles for magazines and has appeared on the BBC.

In addition to providing a comprehensive range of Psychological services in the private sector and at Spire Manchester and Hale, Bernadette works both privately and for the PCT providing High Intensity CBT for NHS patients.

Bernadette undertakes clinical supervision on a regular basis and works within an ethical and legal framework.

Psychosexual Therapy
A psychosexual therapist is a professional who specialises in working with problems of a sexual nature and has been trained to diagnose and treat all kinds of sexual difficulties, as well as helping you to work with the cause.
These professionals usually already have a background in a Psychotherapeutic area and will have been working as a Counsellor or Psychotherapist for a number of years.
Some of the problems you may be experiencing include;

Erectile dysfunction - difficulty in having or keeping an erection
Male and female loss of desire - just don't feel like it!
Painful intercourse e.g. vaginismus, Hormonal and life changes
Worries or concerns over certain areas of sex
No longer have or have never had an orgasm
Premature ejaculation
Confusion with your sexual identity

My interests include EMDR:
Eye Movement Desensitisation and Reprocessing (EMDR) is a treatment now rated by NICE (National Institute of Clinical Excellence) and was used initially for trauma victims. EMDR simulates the movement of the eyes during REM sleep. This assists the client to become aware of any past and present experiences which are causing problems in their lives.

The clinician will carry out sets of bilateral stimulation - These are usually side to side movements which are being followed by the clients eyes and so simulating REM sleep.
EMDR is used for Trauma including Combat, PTSD, Phobias, Abuse, Accident Victims, Positive Psychology, Anger and many other issues which are possibly linked to this list.

Contents and Links
Recent Activities
Hello, I would like to introduce myself. My name is Bernadette and I am practising Psychotherapy from King St Manchester City Centre Please check out my… Read More

People are also looking for: