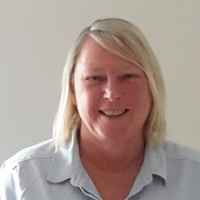 ×
Send Email
Save
We all have to have difficult discussions with employees from time to time – it may be a conversation leading to a dismissal, a discussion about someone’s health issues, their performance, or where they are facing possible redundancy.

Often managers shy away from these types of conversations and this is fine, provided you ask someone else to have the conversation on your behalf.  I do this frequently on behalf of businesses where, as a result of friendship, time pressures, a lack of confidence, concerns about conflict or about ‘getting it wrong’, managers prefer a skilled expert to handle the conversation.

However, here I would like to offer my six stage plan to enable you to hold these conversations yourself, confident in your ability to get the right result.

1.      Remove the emotion
Talking to someone when you yourself are angry, sad, frustrated, fed up with them, or with any other emotion running the show, is always going to lead to trouble.  Wait until you are calm and can approach the challenge with a clear head so that you can be fully in control.

For example, it is impossible to go into a redundancy discussion with an employee thinking about the huge personal implications on them and their family if they were to lose their job.  In this case, either ask someone else to chair the discussion or focus on the needs of the business.  This does not mean that you should not show empathy, but you should not get emotionally involved.  Similarly in a misconduct situation, where you feel someone has really let you down and betrayed your trust, you are probably not the best person to conduct the disciplinary hearing and should hand it over to someone else.

An emotional response if likely to cloud your judgement and make the situation worse rather than better.

2.      Decide on the best approach
One size does not fit all, even where there is a policy or procedure you are following.  People will react differently depending on their particular circumstances.  Someone who might usually be a strong individual in normal circumstances might react very differently when, for example, talking about their health or other personal issues.  Similarly a very timid person might become outraged if they are accused of something or if their performance is criticised.

So you need to decide on the best approach given all of the circumstances and this particular individual.  For example, your Wellbeing Policy might say that when someone is off for 3 weeks or more with stress you should call them into a meeting to discuss this with you.  However, if you believe that the individual is suffering from a genuine mental illness (ie depression) due to something outside of work, calling them into a meeting with you might do more harm than good.  Instead you might arrange an informal call with them (or their partner or a friend) to discuss the issue and ask how things are going and whether they are receiving medical or other help.  If they are, this can be your opportunity to ask if you can contact their GP or other medical expert for further information.  Your next step can then be informed by the information you have received.

If, on the other hand, you believe that the individual is trying to avoid work – perhaps there is an issue, such as a pending disciplinary hearing they want to avoid – then a more direct/confrontational approach might be better.

3.      Carefully prepare
Whether you are going to have a conversation in person or on the ‘phone, or even simply communication by letter or email, you need to carefully prepare what you are going to say.  If it is a letter or email that is going out to the individual, carefully think about the language that is being used and the tone of the communication, even where it has been prepared by HR or a lawyer.   Ask yourself, is it too confrontational?  Does it imply that you suspect the employee of not being honest?  Is it abrupt or not particularly informative?   Even dismissal letters can be written with empathy.  If you can, put yourself in the shoes of the person receiving the letter and write it with total respect for their dignity and well-being.

Meetings are much more difficult to prepare for.  First look at the current situation – is the employee a young worker, or perhaps an older worker; how long have they been employed, and what is their general track record; are you aware of any specific stresses of difficulties they are facing; are they volatile or generally disruptive or are they likely to be confrontational or not say a thing; what about any companion they are likely to bring; what do they know in advance, if anything, about the discussion you intend to have with them?  All of these factors can contribute to how you should handle the conversation.

4.      Be clear about the outcome you want to achieve
The next step is to think of the outcome you want to achieve.  Is that outcome realistic given who they are and the information available to you?  I recently helped a client who wanted to dismiss an employee for health reasons.  She had been off work for six months and there was little prospect of her returning in the foreseeable future due to a diagnosis of cancer.  However, during the six months she had been absent although the company had been in touch with her and had obtained a medical report, no on e had actually sat down with her and discussed the situation and the possibility that she might lose her job.

When we had our second meeting, she and her husband were far more understanding of the company’s situation and our need to replace her, and she had also come to terms with her diagnosis and the likelihood that we could not keep her job open for her.  By the end of that second meeting she had offered to resign and we ‘reluctantly’ accepted her decision.

There was no formal procedure involved, no delay whilst we obtained further medical reports, and she ended her employment with dignity and respect.  That was the result of careful preparation.

5.      Deliver your message calmly and with your goal in mind
Firstly, ensure that your goal is realistic.  In the first meeting referred to above, the goal was to hear what the employee thought about her health and her return to work and to explain the difficulties it posed for the employer.

In a totally different case, the goal was to dismiss someone for poor performance.  They did not have 2 years’ service and therefore could not bring an unfair dismissal claim but they would have been able to bring an unlawful discrimination claim (even though, as far as we were aware, there were no grounds for doing so) and so we had to tread carefully.

In this case we wanted the meeting to be as short as possible but also to be able to gauge whether or not the employee had any discriminatory issues in mind before we dismissed him.   So the message we gave him was that we had concerns about specific aspects of his role, which we outlined briefly.  We then listened while he challenged those concerns, and his challenges focused on not having been given sufficient help and support, being left alone to cope etc.  Once I was satisfied that he was not raising any discriminatory issues, I told the employee that we believed that it was in both his interests and ours that we brought the employment relationship to an end and that he was therefore being dismissed with immediate effect and he would receive a letter confirming this in the next few days.  The meeting lasted about 15 minutes.

Naturally, he went off saying that he would be taking legal advice and that he thought that our decision was unfair.  We wrote the letter to him confirming what had happened and needless to say that was the last we heard of him.  The message had been delivered calmly and cautiously with our goal in mind.

6.      Review
In less clear cut cases you will need to carefully review the situation before taking any final decisions.  It may be that further steps are necessary before you can achieve your goal or that a different route is followed or even that you should focus on another goal.

A review should always take place in a disciplinary case, a potential redundancy dismissal and before any grievance outcome is confirmed.  The review is your chance to consider your options – and to take advice.  In most cases this is a vital ‘breathing space’ to enable you to take stock and think carefully about the next step (with no emotion!).   It is also a chance to consider other possible options, such as mediation, giving a lesser warning, giving the employee a further opportunity to sort them self out, looking at Settlement Agreements or talking to ACAS.

Run your decision passed HR or a legal advisor, let them play ‘devil’s advocate’ to ensure that you are making a properly informed judgment as to how to act (and the consequences of doing so).  Check yourself – are you comfortable with the decision you intend to make; could you stand up and defend it in an Employment Tribunal if necessary?

Finally, are you able to clearly explain your decision, based on the facts and the evidence available to you, to the individual in writing?  That is the final test as to whether or not your decision or action would be considered ‘reasonable’ or not in the eyes of someone else, usually an Employment Judge.

How we tackle difficult discussions has a major impact on the outcomes we see in our business  – have we resolved the conflict and created a platform for everyone to move forward together, or have we escalated the conflict to the point where it has become unbearable and everything deteriorates, from mental and physical health to team productivity and success/profits?

Have we created a ‘win/win’ situation for us and the employee, or a ‘win/lose’ situation for us?  Every single issue, however difficult it may appear to be, is resolvable by following this approach, which puts your business at minimum risk of escalating disputes and/or increasing the risk of employment tribunal awards.

If you would like help handling difficult discussions with your employees, or if you would like training for your managers/HR manages to enable them to be flexible in terms of their approach and to achieve your goal with minimum risk, please contact me at via email or on 07595 369485

SELF-IMPROVEMENT WHILE YOU SELF-ISOLATE - BY SKYPE!

Worldwide Expat Family law and Divorce- Can I still...

Surviving Valentines Day - going through a Divorce or...