How newsworthy is your business? 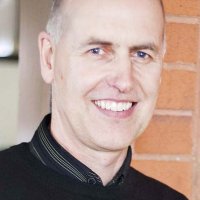 How newsworthy is your business?

So, you've sat for hours in front of the keyboard, trying to come up with a witty and eye-catching way to start your press release.
That's after spending hours ploughing through the self-help PR websites that explain how to write a press release.
But it was all worthwhile, because you've now written 400 words and you've saved a few quid by not giving the job to a PR agency. Okay, so you lost two clients in the meantime because you were too busy slaving over the keyboard to answer the phone. But there will be other clients. Once you've published that press release.
So now what?
Well, here's the good news. If your target media is your local newspaper, then there's probably never been a better time to send out your freshly-written release.
Why?
Weekly and evening newspapers across the country as shedding staff like never before. In years gone by, your press release would have gone from news editor to reporter before being rewritten. Then back to the news editor for more rewriting before being checked and rewritten by a sub-editor. By the time it hit the streets (if it was used at all) it would probably bear no resemblance to the original.
But these days there are so few staff left, the newspapers are crying out for press releases. And, since the remaining staff are under so much pressure, they don't have time to rewrite (unless it's really bad, in which case they'll bin it).
And the sub-editors? They've all been made redundant. Reporters can write copy straight on to the page, hence the increasing number of errors in local newspapers.
All of which means there's a strong chance your press release could be used without much alteration, particularly if it's well written.
More good news? If your story is used on the newspaper's website then it's got a pretty lengthy shelf life. The days of today's news being tomorrow's fish and chip wrapper have gone.
The downside? Circulation figures are dropping like the proverbial stone, so less people will see the fruits of your labour.
But if your business has got something to shout about, then think about a press release. There are some great stories out there which go unnoticed because the business owner either doesn't recognise its news value or doesn't have time to do something about it.
So take 10 minutes out each week and just think about what's newsworthy about your business. Think of the free publicity compared to what it would cost to place an advert.
And if you don't want to write about it yourself, you could do worse than give me a call on 01995 671378.

I'm a journalist and graphic designer with more than 30 years experience (has it really been that long?) in the design and media industry.