Worldwide Expat Family law and Divorce- Can I still divorce in the UK? 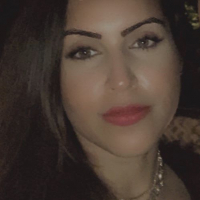 Worldwide Expat Family law and Divorce- Can I…

Breaking up may be hard to do, but for married expats it can be fraught with danger. Where couples choose to divorce can have a major impact on both parties' financial health, so getting it right is crucial. Whatever your situation, you are not alone. That initial period is precisely the one in which they must act and act decisively. Delays could result in a disastrous outcome.  Experienced divorce lawyers are all familiar with cross-border cases, and the complexities which make these divorces so difficult. Moving overseas with your family to live and work in a new country is a big step. While everyone starts out with high hopes for a better future, expat life can put relationships under stress. If things go wrong in your marriage, the thought of dealing with property, finances and children in the local divorce courts may feel overwhelming.

If you and/or your spouse have connections to more than one country, the courts of those countries may be able to deal with your case. The legal frameworks for how financial and child-related matters are dealt with vary widely across countries. The outcome of divorcing in Dubai, say, may be very different from what you might expect to achieve in England. Even if you don't want, or need, to go to court, understanding your options is an important part of negotiating with your spouse - in other words, you may not want to offer (or accept) a deal which is significantly more (or less) than you would expect to get if you went to court.

If you are a wife living in Doha, you will not be entitled to lifetime maintenance, but you would if the divorce was held in England,. the wife could challenge the Qatari court, but it would be expensive and the proceedings would be conducted in Arabic.

Disclosure of assets is also crucial. English divorce law requires a full and frank disclosure of a person's financial position under oath. If they lie, they could be convicted of perjury. The husband may be unwilling to contemplate such expense, and so decide to seek a settlement under the laxer regimes of other countries. Remember, across the EU, Middle East and Asia, different procedures, different laws and different levels of disclosure apply. It is, without doubt, a legal maze and minefield rolled into one.

For this reason, any expat involved in a separation, or who is considering splitting up, should assess the position − with the help of an experienced international divorce lawyer − as early as possible. So- called "forum shopping" (selecting the country whose laws will result in the best outcome) is not just for the super-rich - it should be considered by anyone with significant connections to more than one country.

Can I get divorced in the UK?

The first thing to establish with your international lawyer is whether a UK court has "jurisdiction" (that is, the authority to deal with your case).

If the other country to which you have a connection isn't in the EU - for example, you are an expat couple living in Asia or the Middle East, but you have links to England - then if one of you has a English domicile, you can raise divorce proceedings in the English courts even if you are not currently resident in the UK.

Many UK expats can still use English courts to deal with issues of separation and divorce, even while living abroad. This may be a better option than dealing with matters locally depending on questions such as the location of your assets; which country's laws favour the outcome you want to achieve; tax implications; and the costs and logistics of conducting a case locally or in the UK.

English divorce courts are usually in high demand from individuals based overseas. For British expats, there is the attraction of a familiar legal system and language.

England or Wales is wonderful for the wife or partner with the least assets. It's the best jurisdiction in Europe and possibly the world. This is because in England and Wales maintenance is open-ended, meaning it must continue to be paid until the person dies or their financial circumstances change.

Should I divorce locally instead?

It's impossible to generalise, and you may find the local law offers better options in your situation. The key is to make an informed decision with the benefit of specialist legal advice. The rules of international divorce are complicated but your choices can make a significant difference to the outcome, both financially and personally. It's essential to talk through your options with an experienced international divorce lawyer before you make decisions which could have an impact on your life for years to come.

And although family courts in general face pressure, divorcing in England and Wales can, depending on the circumstances of your case, still be relatively efficient.

Aramas Law is a boutique law firm which specialises in achieving Family Law settlements and offering the best possible advice.

Surviving Valentines Day - going through a Divorce or...