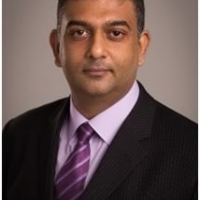 ×
Send Email
Save
We are presumably living in global world or village , but does our culture be global. Rest a lot for our so called noble profession “LAW” .Among lawyers, international arbitration is still a rough field, but however, it is becoming more visible for the simple reason that the field is growing. Arbitration is now one of the most important means for the resolution of international business disputes, including  disputes between investors and the governments of countries in which they invest now seen as “global governance.”

Lawyers tend to reject cultural explanations for legal outcomes. We are trained in the language of rules and precedents. Nevertheless, the notion of a legal culture is uncontroversial. Legal processes take place within a context of shared cultural norms and assumptions. Anyone who has had the slightest contact with a legal system knows that “the law” can never be reduced to just “the applicable legal rules.” If nothing else, the rules need interpreting, and there will always be situations for which no specific rule exists. Legal culture fills those gaps because it inculcates a collective, reflexive response that often obviates the need for argument. From my point the real purpose of a law school is to instill common ways of thinking and reaction.

However, it is much harder to conceive of a shared legal culture in international arbitration, where lawyers and arbitrators don’t share a common nationality, language, religious/ethical system, or professional formation, or even access to a common body of governing laws and precedents. How can a group as international arbitration practitioners share a legal culture? Do we even constitute an identifiable community?

Despite differences, international arbitration practitioners actually have more in common than the body of legal practitioners within any one jurisdiction. After all, the gap between the work environment, perspective, and career path of a high prestige corporation lawyer and a sole practitioner in any given city is so great as to make it hard to see any significant bonds of common experience and interest between them.

International arbitration practitioners tend to have attended a relatively small number of elite western universities to have developed their careers in large, corporate, usually Anglo-American firms or major universities, and to travel in both business and academic circles. We tend to share cosmopolitan, multinational backgrounds and speak multiple languages. We work repeatedly with each other and on disputes within a relatively narrow band of commercial subjects. It actually makes more sense to speak of an international arbitration community than to speak of a legal community within a country.

Part of my research on international arbitration, I have identified several norms that comprise international arbitration culture. Those norms inform a set of predictions about how arbitrators are likely to decide on commercial disputes and in turn how contract law will evolve through arbitral decision-making. In the absence of a shared set of codified rules this kind of socio-legal analysis is one of the only available means for making these kinds of predictions.

In domestic legal communities, culture provides a shared frame of reference on the applicable laws and also fills the inevitable gaps in those laws. The same is true in the transnational sphere. Law has become simultaneously globalized and privatized. This transition has led to the emergence of a transnational community of international arbitration practitioners who have more in common with each other than they do with their compatriots. These kinds of stateless global communities are emerging in practically every sector of society and industry. We are sufficiently closely-knit to develop our own informal codes and mores. For better or worse, if we want to understand how these communities are transforming our societies, we have to pay attention to their cultures.

In conclusion, the issues faced by international arbitration must be tackled head on. This poses a challenge to arbitrators, counsel and end-users to do more to bring parties together early on to avoid unnecessary time and costs. An important tool which can and should be used to achieve this is international mediation. This sentiment was perfectly captured by Albert Einstein who once said, “In the middle of every difficulty lies opportunity.” Let us all seize the opportunity and bring one culture for our arbitration culture.

Dynamic and motivated executive corporate trainer and change agent specialist with a proven track record of generating and building relationships, managing projects from concept to completion,…