Public Cloud, Private Cloud, Hybrid Cloud – What Is All the Hype About? 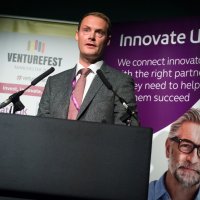 Send Email
Save
‘The Cloud’ is a household term these days and it’s because there is an IT revolution happening. Globally, business and services are moving to the Cloud because of the benefits it offers. Most of us will have experienced an office with ageing software or incompatible hardware, viruses or a server in the corner which no-one knows anything about. The Cloud should solve a lot of these problems, but what is the Cloud?

Last year, I saw a man in the airport wearing a t-shirt which said “It’s not the Cloud, it’s just someone else’s computer,” and that, in its simplest form, is completely true.

The Cloud is not a magical ether where data floats around effortlessly. Instead, it is thousands and thousands of computers, servers and other IT equipment all over the world connected to the Internet, enabling anyone (within limits) to access that data. This concept has been around since the birth of the first networks, however the term Cloud has been adopted to reach a wider audience.

Equipment in the Cloud is more often than not housed in huge purpose-build warehouses called datacentres, which allows power, cooling and IT support efficiencies to be gained, along with the ever increasing Internet speeds.

Independent research has shown that moving to a Virtual Desktop environment in the Cloud, can save up to 70% of IT costs compared to running the server in your own office. This is due partly to electricity and cooling efficiencies when you house thousands of servers in a secure data centre, but also due to the reduction in capital expenditure and running costs including reduced or outsourced IT staff. As such there are significant savings to be made.

The Cloud to the end-user can come in many forms from mobile phone apps to central storage systems to complete remote desktops. It’s highly likely that if you use a computer of the Internet then you are using the Cloud already. For example, all social media is hosted on Cloud technology (LinkedIn, Facebook, Twitter, Instagram), as is BBC iPlayer and YouTube. For businesses you could be using Cloud accounting software such as Sage or Xero, or file sharing facilities such as Dropbox or Zendto. You may be storing documents in the Cloud through Office365 or GoogleDocs.

Due to the large variety of Cloud technologies and solutions there are multiple associated terminologies, of course. I won’t attempt to explain these in detail but here are a few that are common in discussions:

Private Cloud: This is a Cloud system contained within a certain organisation’s IT network e.g. the NHS has a huge network if IT equipment accessible by hundreds of thousands of employees. This is not accessible from the public Internet, therefore it is private. If you connect through a VPN, this will be to a private network.

Public Cloud: This is a Cloud service available through a normal Internet connection, often a web browser. For example Yahoo!Mail or Gmail is on a Public Cloud server. Amazon Web Services and Microsoft Azure provide their products publically as well i.e. you can you to their webpage, register and begin to use their system through the Internet.

Hybrid Cloud: This is a mixture of the above. Historically large companies favoured Private Cloud because Internet speeds would inhibit a satisfactory Public Cloud service, however with ever increasing broadband speeds, Public Cloud solutions are becoming more popular. This means there will be a mixture of both systems for the next 10 years or so.

A complete move to the Cloud may not be suitable for all types and sizes of businesses, however there will most likely be an application or process based in the Cloud that will offer your business efficiencies or cost savings. If you haven’t already started to think about moving some or all of your business operations to the Cloud, then you should investigate and consider it in future budgets.

If you would like to know more, please read our blog or get in touch www.miranex.com.
Edward Green, Managing Director. Miranex Limited.

Miranex are experts in GPU-accelerated virtual remote desktops Desktop as a Service (aka DaaS or VDI). We can add a little or a lot of GPU-acceleration to deliver high speed performance to even the…