Average pension fund in the UK? 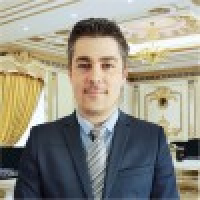 Average pension fund in the UK?

Saving for retirement is vital, but many people still ask, how much pension do I need?

It is not always easy to know exactly how much pension you need. The simple answer is to try to save as much as you can possibly afford, especially as retirement can last for 30 years or longer depending on when you stop work.

When should I start saving for retirement?

According to research by insurer Royal London in May 2018 called Will we ever summit the Pension Mountain? you’d need a pension pot of £260,000 if you want to avoid an uncomfortable retirement. This sum would provide a pension income of just over £9,000 a year in addition to the new state pension of £8,546.20 a year.

These calculations assume a retirement age of 65, and that the pension fund is used to buy an annuity which rises each year to provide some protection against inflation, but which does not have any provision for a surviving spouse or partner.

The good news is that many more people are now saving for retirement thanks to auto enrolment. The scheme, introduced in 2012, means that employers must automatically enrol eligible employees into workplace pensions into which both must contribute.

This tax year 2019/20 employees must (depending on the definition of earnings that the employer has chosen to base contributions on) pay in 5%, and employers at least 3%. If you want a comfortable retirement, however, you should try to save more than the minimum.

Here, we look at how much people are currently putting towards their pensions, and how much they should be looking to save if they want to live comfortably when they retire.

You can get an estimate of the income you’re likely to get when you retire from a pension calculator. This will include income from your workplace or personal pensions, plus the State Pension. The calculator will tell you if your likely retirement income is less than you need to fund your desired lifestyle in retirement.

If you’re not on track for the retirement lifestyle you want, there are measures you can put in place to help fund a potential gap in your savings.

What is a good pension pot at 30

Auto enrolment has meant that the number of under 30s saving enough for retirement has risen sharply by 9%, according to the Adequate Savings Index report by Scottish Widows, 2018.

The same report found that two in five UK workers (39%) aged 22-29 years old are now saving enough for retirement, up from 30% in 2018. Despite this, more than one in five young people (21%) are still not saving for later life, with a further 20% saving significantly less than 12% of their income, which is the minimum amount recommended by Scottish Widows.

According to analysis by Fidelity International's report, Fidelity International’s Financial Power of Women published in July 2018, the average pension pot for a man currently aged between 25-34, putting money into a pension in line with the government’s auto-enrolment contributions, would be worth £142,836 at the State pension age of 68.

A woman in the same age bracket can expect an average pension of pot of £126,784 at retirement, primarily because women often take time away from careers to bring up children, or because they still earn less than men. These figures, which are based on ONS projections and are adjusted for inflation, fall far short of the amounts people need to save if they want to enjoy a comfortable retirement.

2019 calculations by consumer association Which? called Four ways your pension will change in the 2019-20 tax year, show that a couple aged 30 would need to save £337 a month, assuming they currently have no pension savings, if they wanted to end up with total retirement savings of £206,500 at state pension retirement age. This is the amount needed to provide an annual household income of £26,000 a year from income drawdown, and assumes savings grow by 3% annually. Income drawdown enables you to keep your pension savings invested and to draw an income when you need to.

These figures assume 20% tax relief is received on pension contributions and the income from private pension savings and the state pension is combined. Figures shown are in today's money, which means that to save the future equivalent, contributions will need to keep pace with inflation and the rising cost of living.

What is a good pension pot at 45

More than half of those aged between 40 and 60 years old (54%) say they want to save but can’t afford to do so, which means they struggle to put money away for retirement, according to No picnic for Sandwich Generation as finances are spread too thinly, a press release issued in September 2018 by LV=.

It found people in this age group have average pension savings of just £60,000 while expecting their funds to last around 20 years, which would provide a monthly income of around £250.

Which? says that couples who wait until the age of 40 to start saving for retirement need to save £487 a month if they want to end up with a pension pot of £206,500 at state pension age, enough to provide an annual household income of £26,000. Again, these figures assume 20% tax relief is received on pension contributions and the income from private pension savings and the state pension is combined.

According to a Scottish Widows article called How much do I need to retire, someone who has left pension saving to their 50s would need to put away £1,445 a month to achieve a £23,000 annual income at retirement.

This estimate was derived using The Telegraph Pensions Calculator, assuming someone earning £30,000 a year, with contributions being supplemented with a 4% employer contribution. The calculations allow for inflation, both in discounting back the final results so they’re in ‘today’s money’ and in assuming that contributions increase with earnings each year.

If you are in your 50s, make sure you check when you’ll start receiving your State Pension. Research by YouGov for the charity Age UK conducted in December 2018 found that one in four people aged between 50 and 64, equivalent to nearly three million people, don’t know what their State Pension age is.

Saving enough to fund the retirement lifestyle you want can seem daunting, but experts are on hand to help you navigate your choices.

Join your company scheme as soon as possible.  Employer contributions will be invaluable in helping you build your pension pot. Thanks to auto-enrolment, for most employees this should happen anyway, but try to pay in more than the minimum contribution limits.

Set up your own personal pension if you’re self-employed and don’t have access to a company scheme. As you won’t have the advantage of employer contributions, it’s even more important to start retirement planning as soon as possible.

Seek pension advice. If you’re not sure how much you should be saving, or where your pension pot should be invested, get professional advice as this could have a significant impact on your retirement income later on.

Don’t rely on the State Pension to provide you with a comfortable retirement, especially as the age at which you can claim the state pension is being pushed further and further back. The state pension age will increase from 67 to 68 in 2037-39, seven years earlier than previously planned. The change will impact those in their late 30s and early 40s.

Make sure you stay within pension contribution limits. This tax year (2019-20) you can contribute a maximum of £40,000 or 100% of your salary, whichever is lower, into pensions and still benefit from tax relief. There is also a Lifetime Allowance of £1,055m in the 2019-20 tax year, This is the maximum amount you can save into your pension funds without being subject to additional tax charges when you withdraw money.

If you need help with your pension or retirement planning, please reach out to us and we will gladly assist you.

I am an Independent Financial Advisor with Athena Wealth. I love helping people with their pensions and investments as well as making sure they have adequate protection in place. I have been in the…

How effective is Online Training?

8 Top Tips for boosting the SEO of your WordPress site

SEO Explained and Why Your Business Needs It!

A time for rebooting US