Women Executives and Senior Managers: Why aren’t many more of you making the grade? 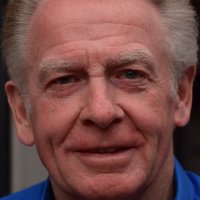 Women Executives and Senior Managers: Why…

Why aren’t many more of you making the grade?

Does the glass ceiling really have a gender bias?

Recent media comments highlight the challenge women are still having in securing an equal gender and salary balance at senior levels in organisations.

Do companies resist promoting more women into senior positions because they don’t believe they are as capable as their male counterparts; or are women perhaps not pushing themselves hard enough?

Little is offered to help women become the equal they are capable of being, especially when so much distractive talk focuses on historic, dinosaur, Boardroom, men’s club protectionism.

Some say companies should use positive discrimination to correct the situation and promote more women until a new equilibrium is established.

Well, I don’t know anyone who would want to be promoted because of their gender, but I have worked with many women capable of out-performing their male counterparts!

Whatever perceived walls, hurdles or glass ceilings that exist, the key to creating a more equal gender balance in the boardroom and salary levels, lies in giving you the tools to get there!

The key differentiation, at the decision-making time when appointing executives and senior managers, is simply: which candidate will deliver the best value to the business.

If you were asked “what makes you worth what you are being paid, or aspire to earn?” I promise you it is rare to find anyone who can give a convincing argument!

I have asked executives and senior managers, both male and female, that very simple question for over 25 years - and watched them stumble in attempts to defend it with organisational salary structures, personal need, or peer group comparisons.

As The Executive Career Transition Specialist, I work closely with my clients to identify their real and potential value to prospective organisations - and ensure they are able to justify their claims.

Once you know your real value - and can justify it - you will be able to able to both articulate it confidently and present it convincingly in your CV.

Now, if most Executives and Senior Managers can’t do it, but some aspiring women decided to make themselves stand out against their male counterparts, just think how much more confident those women might be and how much stronger they might be perceived in the selection process!

So for women executives and senior managers, it’s time to stand up and present yourself for who you are capable of being. You can correct the gender bias by fighting the cause on level ground, not having to rely on positive discrimination, or the slow process of change and acceptance!

You can become who you are capable of being – and soon!