Do Employers Care? A Report on Mental Health from an Employee's Perspective 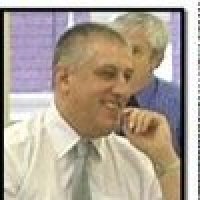 Do Employers Care? A Report on Mental Health from…

Send Email
Save
A very interesting report from which the headline statistics are set out below.
Contact Richard if you want to discuss how to introduce an appropriate set of policies and procedures to improve the wellbeing of your employees to increase productivity and aid recruitment & retention.

New research by Benenden has revealed the extent to which mental health remains a taboo subject in the workplace, with only six per cent of employees admitting they would confide in their employer if they suffered with an illness.

Stress (42 per cent), depression (35 per cent), sleeping disorders (34 per cent) and panic attacks (18 per cent) are among the most common mental health conditions affecting UK workers, with one in ten (14 per cent) claiming to have experienced suicidal feelings in the past.

The research from Benenden, which is presented in a new Mental Health Report published today, shows that over the last five years 55 per cent of employees believe their job has become more stressful and two in three (61 per cent) think that a good work-life balance is now more difficult to achieve. An increased workload (38 per cent), financial concerns (18 per cent) and bullying (10 per cent) are revealed as the main causes of mental health-related illnesses in the workplace.

However, despite seven in 10 (69 per cent) employees revealing they had suffered from at least one mental health-related illness in the past, Benenden found that many businesses rely on a ‘tick box’ culture when dealing with mental health in the workplace.

A fifth (22 per cent) of workers claimed that mental health was not a major concern to their business, while only one in four (24 per cent) said their employer regularly engaged with them regarding mental health. Just 46 per cent confirmed their workplace had an official policy – reduced to 29 per cent when you focus solely on small businesses (1-49 employees), a group that employs around 12m people in the UK.

Many employees continue to see their employers as a last resort when they seek support. More than a third of men (34 per cent) and women (36 per cent) said they would tell no one at work if they did suffer from a condition.

Age is a major factor in how forthcoming employees are about revealing mental health concerns. Of those who would not turn to anyone in the workplace (35 per cent), only six per cent were aged 18-24, while a half (50 per cent) were aged 35-54 – highlighting that Generation Z and Millennials are perhaps more open to discussing wellbeing with their employers.

Worryingly for businesses, almost a half of employees (46 per cent) revealed that they would seek alternative employment if their employer didn’t provide support in relation to mental health conditions – 55 per cent if you only assess 18-34 year olds.

Absence is a major concern for businesses, costing the economy an estimated £18bn every year according to the Centre of Economic and Business Research. On average, employees suffering from a mental health-related illness take eight days leave, with two in five (44 percent) taking more than 10 days.

What more can employers do?

More than a half (52 per cent) of employees said that they wanted their employers to provide help and support. And with a third (34 per cent) wanting to discuss concerns directly with their line managers, eight in 10 (83 per cent) said businesses should provide mental health awareness training.

A further seven in 10 workers (69 per cent) revealed that they would use a confidential helpline if they were experiencing symptoms of a mental health condition, highlighting that there is still a fear of openly discussing illnesses with employers.

“A lot of work has been done to lift the stigma attached to mental health, but clearly employees still feel reticent about talking about illnesses in the workplace. Fear of what might happen is one reason, but the major concern is the number of businesses that have no clear support system in place to help staff overcome their illnesses.

“It is important for employers to start creating a culture of openness that enables employees to talk about their about mental health. Training is a necessity for all those who manage people and tools that provide valuable advice and support, such as help lines and counselling, are hugely beneficial.

“Mental health is not a myth, it is a real life problem that affects almost everyone. It is time for companies of all sizes to make it an essential part of their long term human resources strategy. If no action is taken it is not just the employee that will suffer, businesses around the country will be impacted by rising absence and a disengaged workforce.”