Horrifying but Vital - From the BBC 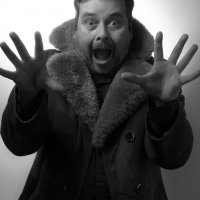 Horrifying but Vital - From the BBC

I find it hard to explain the harrowing effect this documentary had on me last night. I was reduced to tears by the power of the individual testimonials and shaking with rage at the callous disregard for fellow human beings the perpetrators displayed through the vile actions they took.

I had just spent a wonderful two days with Julie Price, Wyn Williams and Arvid Woods in beautiful and idyllic Abergavenny where we discussed launching our seminar; “Transfer - A Journey” beyond the confines of Manchester and into South and North Wales, London and the North East.

As I arrived back home to my beloved Manchester, I realised that throughout my train Journey I had experienced feelings of excitement and joy, that over the two days of planning, the four of us had come together with a common vision.

A vision that the work we were undertaking was of worth, that to expand our and others knowledge of the diversity and wonderment of the LGBTQ community, we would take the message of understanding further and far wider than anticipated.

The two coincidences that I encountered that evening soon brought a blow to my cheery mood, the first an incident with an individual I met at my local and the second the documentary I have linked to in this article.

The first coincidence was to bump into a care worker who had that very day attended a course on understanding older gay people.

At first, I was delighted that this type of learning was taking place, but that delight soon gave way to dismay, when he described the course as a boring tick box exercise, with little real engagement, that she felt was being done to cover the organisations ass!

The second coincidence was my watching of the documentary below, a deeply harrowing and vital account of some of the most horrific hate crimes against individuals I have ever seen.

How such hate can be directed at people simply because they are LGBTQ staggers my already fragile faith in humanity.

This kind of hate knows no boundaries, it crosses class, culture, race and religion, young and old, rich and poor, it is almost inexplicable.

I cried, genuine tears of fear and sadness at the stories told and the picture it paints of the UK, and coming off the back of our meeting in Wales, it made it seem that the task we all so passionately want to undertake is simply too big to even begin achieving.

I sat for what seemed an eternity, trying to make sense of my thoughts, I already knew that this kid of hate manifests itself, but this was a vivid reminder.

A reminder that bashing someone over the head with a hammer because they are LGBTQ is the same as not giving them a job, treating them unfairly or discriminating against them; in that it invalidates the innate humanity we all have and it relegates them to be second class citizens.

I urge you to watch this at your earliest opportunity, it exposes the feral individuals that shame the rest of us, be warned it will upset and dismay you, so be ready for that.

It upset me, and now, after a decent sleep I feel stronger than ever, that the four of us that spent time together over the previous 2 days, displayed the strength and tenacity that the coming task needs, and we will succeed.

Because you cannot stop an idea whose time has come.

It is now that we must encourage organisations and individuals to go beyond equality and diversity as a tick box exercise, to recognise that it is more than a legal requirement.

It is about a deeply shared cultural understanding that defines the modern workplace.

Those are the people and organisations we need to find.

With respect to all

"Business should be exciting and fun, consequently, I'm serious about what I do, just not…