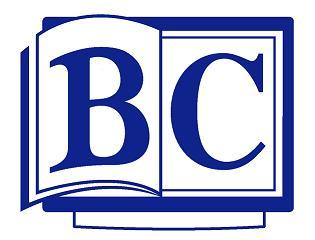 One thing you can be sure of – if you mess up a payroll you’ll really know about it and it could have big consequences. That’s why it’s really important that whoever is responsible is accurate, reliable and on time. If not, it needs fixing.

As if payroll wasn’t enough to think about the two very different furlough schemes, plus the new JSS job support scheme are trying the patience of everybody involved. It’s hard to overstate the pressure and strain this has put on those administering the schemes. For instance, there is still no information whatsoever on how the new scheme will work from the 1st November and the devil is in the detail. Even when announced it’s likely that the rules will change or some will be unclear or ambiguous. That’s not to say the scheme isn’t very welcome but there’s no avoiding the fact that it’s a significant extra burden on payroll staff. It’s easy to make a mistake and again there are implications. So there’s even more focus on the importance of having a really solid payroll before the complication of the schemes on top.
Probably never before have there been so many changes to employees on payrolls, all of which is extra effort and something more to go wrong. Those businesses lucky enough to be growing and there are plenty, will be expanding their payroll, which is extra effort.

Despite the pressures here are some ideas to help or improve.

•    Sort out payroll claims with CJRS and JSS

As the Job Retention Scheme (CJRS) finishes in October employers will have to make difficult decisions - either paying full wages or terminating employment. The new JSS is a third scheme - this involves subsidising non-working hours alongside a matching contribution from the government.

Remember with CJRS that for October the employer contributions have increased to 20% of wages and the government claims are now only for 60%. All October CJRS claims have to be made by the end of November.

Then JSS starts on the 1st November. This is for when employees work at least 33% of their usual hours. Any unworked hours can be subsidised by the employer and government, each contributing 33% towards these unworked hours.
The employer will pay the employees and then claim for the 33% value of the unworked hours in the month. The first claim in December will be for November and monthly thereafter.

Businesses need to be able to show that their claims were correct, in case there’s an HMRC check. Clearly there will have been a lot of fraud and mistakes - HMRC will be keen to recoup as much as possible. Some payroll software will keep an audit trail of your calculation.

Rather than keying in variable data look for technology to help – Excel or a portal for instance. Better processing of this information is an opportunity for improvement, cutting back on manual steps and possible mistakes. plus reducing the admin time involved.

If your payslips are not electronic you’re really missing out on many benefits – speed, security, much lower cost and a much better service for the employee. Probably from a Cloud portal.

•    Look at HR alongside payroll

There’s a growing move to link payroll with HR so look out for software development. Clearly a lot of the data is the same and it’s inefficient to maintain two sets of such, especially if they are different.