The Day We Stopped Employee Theft 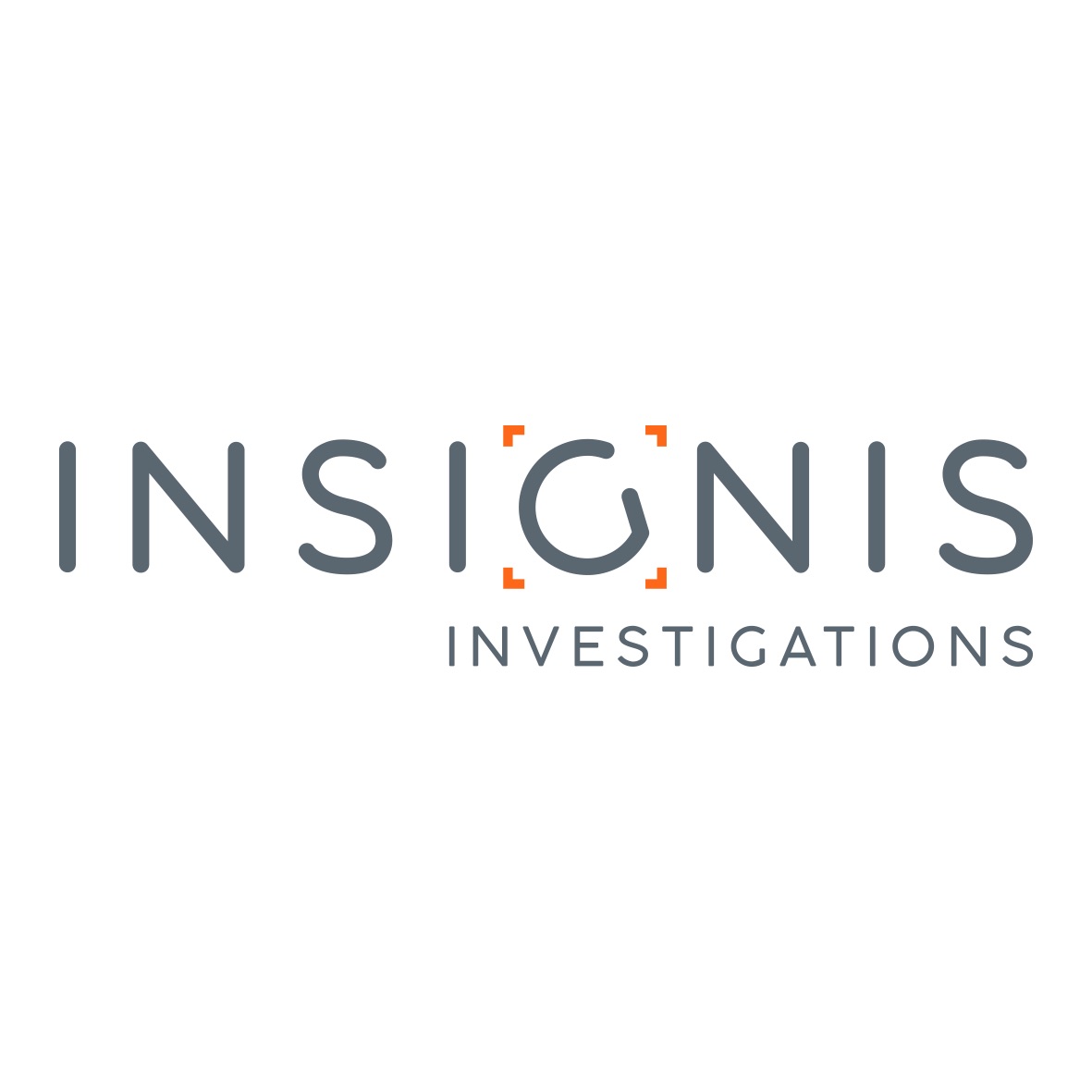 The Day We Stopped Employee Theft

It was mid-December, the weather swung between being bitterly cold and miserably wet.  The evenings were dark but they were beautifully lit up by festive lights as Christmas was looming.  The inevitable joviality which embraces Christmas was just starting to be felt around the streets and bars.  This time of the year is traditionally quiet for us at INSIGNIS Investigations, as people and businesses tighten their belt and prepare for the festive period.  Quiet until we received a phone call from Dermot in Northern Ireland concerned about employee theft and in particular fuel theft.

Dermot phoned our investigators in a state of desperation.  He was one of two directors of a haulage company; it was a family firm but it employed people on both sides of the Irish Sea in Northern Ireland and Scotland.  Company transport would regularly be ferried across the sea to Scotland, before making its way south into England and its ultimate destination.

Dermot’s company was profitable, but a question hung over the fuel bill every month.  Dermot and his partner could not understand why their fuel bill was so high, despite seemingly having a tight control of routes and planned breaks.

The pair of Directors discussed the issue, they disagreed with one another as to why the bill was so high, which just prolonged the problem as no solution was forthcoming.  Dermot took it upon himself to phone us and speak to us in confidence, not to undermine his partner but in an attempt to find a solution for his own suspicions.

Dermot suspected employee theft, he believed that one particular employee was stealing fuel.  The problem was that he suspected Mr X, and Mr X was the nephew of Dermot’s partner and had worked exemplary for the company for nearly ten years.

The Problem in Numbers

Dermot explained that the company transports goods across Ireland and the UK.  He would plan the routes, stops and costs meticulously as is expected of a successful haulage company.  One of the most unpredictable costs of running a haulage company is fuel.  The almost daily fluctuating prices and regionally differences are a challenge to be overcome.

However, even when all this was taken into account, Dermot estimated that on average his vehicles were running at 8 miles per gallon.  Working on a price of £1.30 per litre, Dermot estimated around £74 per 100 miles and a return trip from Londonderry to Reading, a trip of 1055 miles would cost approximately £780.  This trip was route was taken 3 times per week, at a cost of £2340.

Yet, consistently, the fuel bill was in excess of this amount by £130, £390 per week.  That is an unsustainable increase of £20,000 per year, an amount that if true could be being pocketed by Mr X, fuel theft seems to be paying well for someone.

Our Investigator put Dermot at ease, we explained that we understood his predicament of employee theft and that we understood that he needed to take decisive action against the unexplained losses.  By saving £20,000 a year, hiring INSIGNIS Investigations could well be the smartest and most effective way to return control back to Dermot and his partner.

Dermot explained that Mr X was his number one suspect, the fuel bill had risen above explainable levels for the last 20 months.  Mr X had gone out of his way to make this route his own, he was popular with the Reading client and he was always on time.

Despite the urgency to the cashflow, Dermot was reluctant to carry out the investigation before Christmas, he did not want to create a noxious atmosphere for the family of his partner.  This did not pose too much of a problem as the Reading depot would be closing for a few days over the Christmas period, and Mr X had booked some leave too.

We agreed to commence the live investigation in the new year when perhaps Mr X would be tempted further for a little extra cash.  In the meantime, we would gather information such as the expected dates, routes, stops and plan our surveillance as well as can be expected.

After the Festivities had ended

Christmas came and passed, and into the New Year we went.  The cold and wet weather was still amongst us, it was as if nothing had changed, except we were about to change everything for Dermot, we were about to end the employee theft.

The 2nd of December was the first day back at work for Mr X, his route was planned, the same as always.  Leave Ireland and arrive at Stranraer in the morning.  He would then make the 400-mile journey in one day, arriving at the Reading depot in the late evening.  He would then stay in Reading overnight before making the same return journey.

The INSIGNIS Investigations team was poised to capture the fuel theft and so we were ready to see him off the ferry at Stranraer, we knew his vehicle and the registration number, we knew what Mr X looked like, there was no way we were going to miss him.

As sure as January brings sleet and rain, our team picked up the follow.  We had strategically positioned two agents ahead on the route and also at the planned rest stops.  The trucks can cover an excellent range on one tank of fuel, but it wasn’t unusual for the driver to top up before he got to Reading.

Not long into the drive, along the affectionally named Stranraer Road, the truck made an unscheduled stop in a large layby.  Mr X stepped out of his cab, he walked over to a small transit van, he opened the rear doors of the van and took out five jerrycans and loaded them into the front of his cab before continuing on his journey south.

Mr X made a scheduled stop on the M6, nothing unusual happened here, he bought some lunch, read a paper and then continued towards Reading.

Before Reading, Mr X made another scheduled stop.  This stop was thought to be the place where he would refuel and so we had pre-positioned an investigator at the site where he could covertly record Mr X.  The truck stopped at the diesel pumps and Mr X began to refuel his truck.  He then took out the five jerrycans, one by one, and filled each of them with diesel.  He re-loaded his cab with the jerrycans and made his way to the kiosk to make payment.

We also needed proof of Mr X making the payment for the fuel himself, so one of the Investigators followed Mr X on foot into the shop.  He stood behind Mr X in the queue, with a covert pinhole camera capturing the moment that he paid for the full amount of fuel, including the jerrycans, with his company fuel card.

Mr X was oblivious to the presence of the Investigators and their cameras which had just captured the fuel theft, and so went his business as normal.  He jumped back into his cab and continued to Reading.

That night was uneventful, as was the majority of the return journey back to Stranraer, until Mr X made another unscheduled stop in the same layby as the day before.  This time Mr X unloaded the jerrycans full of diesel and he took them over the same small transit van.  He loaded them into the rear, shut the doors and walked back to his cab and continued to the ferry port at Stranraer where our surveillance was to end.

So what evidence did we get? And who did the transit van belong to?

Dermot was given the news that he had been awaiting, one of his employees was stealing fuel from him.  But now he had an answer for those unexplained losses in the fuel bill.

The investigation was not over though, we needed to know who the van belonged to and where it was going.  Fortunately, as it was January the night drew in quickly and the darkness becomes our friend.  We were able to return to the layby and safely place a GPS Tracker onto the transit to monitor its movements.  As it turned out, the van belonged to Mr X and he had been using it to store full and empty jerrycans, he would then return on a day off and drive to several locations to offload the diesel, presumably for a small fee.  If he was selling the diesel at half price, he would be making £10,000 a year on top of his salary.

We also conducted the same operation on two more occasions, with the exact same results, to show that the first occasion was not a one-off.  In addition, though, we obtained video evidence of Mr X selling the fuel to back street garages and also selling to a male in a pub car park.  We had solid evidence of fuel theft.

Dermot and his partner were happy to call Mr X for an interview, the discussed the fuel bill before showing him the videos we had obtained.  Mr X had no choice but to hold his hands up to fuel theft, he was dismissed the same day.

Don't be a Victim of Theft

If you know that an employee is stealing from you, or suspect employee theft but you don’t know how to prove it then we would be happy to speak with you.  We can give you an answer to the unexplained losses, and what’s more, is we can gather the evidence so that you can take appropriate action against the thief.

Fuel theft is a growing concern for many company owners, taking action now could be one of the smartest moves you’ve made.

INSIGNIS Investigations is registered with the Information Commissioner’s Office.  Check our certificate by clicking here.

The Effects of Coronavirus and Brexit on Your Client’s...

What is an Executor?

For anyone looking for an alternative option

Why do I need a Will?