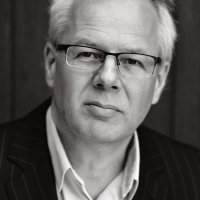 SPATIAL AWARENESS AND THE WITHERING GLARE OF…

Send Email
Save
.
I've got a thing about people's innate capacity to demonstrate spatial awareness, and whether that three-dimensional sense of combined interpretation of surroundings and timing of movement impacts their approach to work - something which is standing out more than ever before as I spend more time back in the North West.

In London, it's only an idiot who stands in the exit to Victoria tube station at 830am on a Monday morning consulting an A-to-Z.

But they create a business impact version of the butterfly effect: you know, a butterfly flaps its wings in Australia and the escalating knock-on effect of a tiny movement of air ultimately causes a hurricane in the Caribbean: in business, somebody gets delayed by a few seconds, misses a train, misses a meeting, has to reschedule the deal, puts £100k revenue back a month, delays an investment in new equipment dependent upon the income….

Hitting the Metrolink escalator at Manchester Piccadilly I asked somebody standing on the left (which should attract a fixed penalty anyway) to stand on the right. Major abuse in return, and tutting from other standers. It's like having a swipe at somebody who's suggested you don't stand in the bus lane on Oxford Road.

So, stick with me here: it's going to be like one of those Richard Hammond documentaries that manages to connect a hamster farting in Ormskirk with Russia winning the World Cup nomination.

Anyway, London has a spatial-awareness standard most regional cities do not. The majority of the population of London are immensely spatially aware. The rest are either tourists or just don't get it: stand in the wrong place, walk at the wrong pace, fail to go with the flow, stand too close to somebody, and there's every chance you're going to get mowed down, yelled at, beaten up, but, at the very least, be fixed with a withering glare of derision that says your judgement is crap, and that that judgement probably extends not just into your numb positioning or pace, but every facet of your life, not least your ability to conduct business.

Stand in a tube station at rush hour and analyse the movement and weaving: commuters can move at 90 degrees to the flow of human traffic without causing delay to one-another. The extent of spatial awareness and anticipation of movement is often breathtaking, until some nob-brained out-of-town tour or trip leader calls together his or her flock for a briefing in exactly the wrong place at precisely the wrong moment and starts the butterfly effect.

No Londoner will obstruct or delay another Londoner. That awareness massively and positively affects their lives. In the regions, we have a lot to learn about the collective benefits of getting from A to B unobstructed. Would you really rather stand still or be unnecessarily delayed for ten minutes than be necking your pint at 6pm rather than 610pm?

So - Hammond-connection-moment alert - I was in the gym, Manchester area; some of the machines are on an upper floor looking down on the car park. Some of the car park antics are infuriating enough to cause me to change my routine to avoid watching them and the delay they were causing themselves or others.

You've got three types of car-parkers:

Space-Blinds: one narrow parking slot between twelve Range Rovers, near the entrance, into which owner of a thirteenth Range Rover tries to shoehorn his or her truck. Three minutes later (count it: that's a long time) they're still to-ing and fro-ing. If he or she had looked up, then they'd have seen 150 empty spaces 50 paces away. Elapsed time? Literally five minutes. Would you let somebody like that walk a child across a road?

FFSs: 30-seconds-elapsed-time Decision-Maker hurtles in and bangs his £75k Audi in one of the 150 empty spaces with no other vehicle within 20 parking bays. A few minutes later, having been unable to find a space right outside the door (and possibly even having sat there for five minutes waiting for one to become free…), Space-Blind-with-a-cherry-on-top heads for airport-apron-sized 150-empty-spaces area - and parks right next to the only other car occupying it. Elapsed time? Six or seven minutes….

I always wonder if that lack of spatial awareness translates into how people work. And, if truth be known, I do actually spend time with people who don't have the spatial-awareness gene, and it does show: a tiny number to their thick-skinned advantage, but some whose development is always going to be thwarted by their trait of not getting it, and not realising they're not getting it.

I decided to conduct an experiment to estimate by just how long spatial awareness deficiency in others would delay me on one trip.

This is just one journey to London: I reckon spatially ignorant middle-lane-hoggers cost me, and everybody in the same third-lane M40 bottleneck, about 20 minutes on a 100 mile drive; waiting behind a Space-Blind to-ing and fro-ing into the first space she saw in Beaconsfield station car park despite a vast tumbleweed zone of tarmac 30 yards away added three minutes; idiot standing in exit, 10 seconds. My loss: no time for one of the fabled Beaconsfield station bacon baps.

Off the train at Marylebone: all set to launch into London powerwalk when spatial-ignorant stops one step out of carriage to read something; near commuter-carnage pile-up - 10 seconds lost, but which becomes exponential: instead of being first through ticket barriers, I'm backed up by a minute. Escalator rage as out-of-towner stands on left and refuses point-blank to move despite loud braying from City types. One minute delay. Knock on: miss first tube train by seconds, further three-minute wait.

Now, that spatial-awareness deficiency in others cost me an unnecessary half-hour loss of my day. It was dead time. I was neither spending nor buying, nor generating revenue. I was a cost. Business hates cost.

Some people simply don't get the impact of the passage of time and the cost of time: from the end of one second to the start of the next, train doors slam, departure gates close, gaps in traffic are missed, busses leave, opportunities are shut off. And bacon butties are foregone. Every second counts.

Lack of spatial awareness is actually becoming socially unacceptable in parts of London as part of a complete intolerance of unnecessary, controllable or influenced delay.

If we in the regions are going to compete - it's a mindset - then we also have to be spatially-aware-defective-intolerant.

Contribute to the regional economy: if your mate, partner or colleague is standing in the way, tell them.

After 15 years working half the week in London, I'm easing work activities closer to home and developing a more local network in the North West.