Contract? What Contract? A Case Study 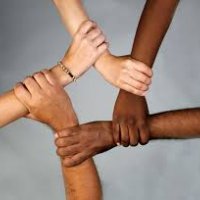 Contract? What Contract? A Case Study

Send Email
Save
I have previously written regarding contracts that we need to be very circumspect about what we put into a contract, because we do not have to go chapter and verse on clauses that will not bring any value to the contract or the relationship.

Following that post, a new client’s Head of Procurement asked me to review their Telecommunications contract as they were short-handed and he read that we did this ad hoc service for customers. I gladly accepted and within the day I received the contract and before I could even fully read it and give my considered opinion, I found the following: 1) the contract was incomplete. It said it was 25 pages long, but I received 21 pages and no signature page. 2) the contracting parties did not include the name of our customer 3) Appendix C “Services” was not included. The HoP said they were thinking of taking the spend to market because their company had been getting a number of service failures and when they contacted the supplier’s customer services department, they were given the run around. The CFO had been stranded in Italy without reception and told the HoP to “SORT IT OUT” (yes, the CFO was shouting!)

My starting point was to get the full contract. It took them more than a week to get the contract because the hand-over from previous contracting parties to my client’s company had not been done correctly. Contract in hand, I started reading it. I read it a number of times, made notes and then met with my client to ask them a few questions. For example; how many devices did they have, what generation of devices did they have, who/when was the invoices paid, can I have access to their on-line billing service to verify costs, etc. Conclusions: the contract had not been managed nor enforced by the previous owners’ contract manager/operations manager. Clause 12 stated that after x-number of devices deployed that all subsequent devices would be free of charge and that if the client went over a certain spend that there would be a reduction in unit costs. After having matched the client’s services, costs and device fleet to the contract, I advised our client, underpinned by evidence and clause extracts, that they were owed in excess of £15K in overpaid unit costs, that they were owed £10K for having paid for devices that they had to get free of charge, that their data and roaming fees were to be reduced to bring it in line with the contract terms and that their contract could be renewed at a lower price since the supplier had a special deal on for companies with their profile.

In a post devolution or M&A contract situation, it is not enough just to have a contract for key suppliers. The contract is an essential instrument which lays out what your roles and responsibilities are vis à vis your counter-part. In the case of Novated Contracts, the two parties need to meet and confirm that the requirements, pricing, payment terms, etc are still correctly captured and if not, that changes are made right away. It was only when my client’s company was having service issues that they decided to dust off this document and look into it. Novated Contracts with your third party suppliers need to get your special attention. For if, like in this case, the contract made provision for volume and other discounts, these would not have been claimed if we did not look at this contract. Service failures, which was not in the original contract could have been inserted in the Novated contract, but in this case was missing until we included it.

All in all, the cost of our services to our client was £1K. The client, through our help received a check for £25K with additional cost reduction for the next 3 years of the new contract. It pays to know what your contract says.